The sugar industry buried scientific research almost 50 years ago that pointed to negative health effects of sugar, ceasing funding the research when it reflected negatively on the industry's interests, according to a new UC San Francisco study.

In a study published Nov. 21, 2017 in PLOS Biology, the authors said their analysis of internal documents bolsters evidence that the sugar industry has manipulated science in order to protect commercial interests, and to influence regulations and public opinion.

According to the study, the Sugar Research Foundation (SRF) funded animal research, called Project 259, to evaluate the effects of sucrose on cardiovascular health. Then, when evidence from the project seemed to indicate that sucrose might be associated with heart disease and bladder cancer, the foundation ended the research without publishing the results or revealing any evidence of harm.

“The Sugar Association proved to itself that calories from sugar had different metabolic effects than calories from starch in 1969,” said lead author Cristin E. Kearns, DDS, MBA, who discovered the industry documents. “This is in stark contrast to its public position, then and now, that all calories are created equal.” 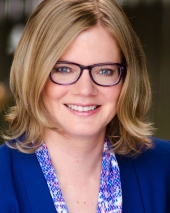 Previously, Kearns and her UCSF colleagues had uncovered a cache of industry documents revealing that the sugar industry began working closely with nutrition scientists in the mid-1960s to single out fat and cholesterol as the dietary causes of coronary heart disease, downplaying evidence that sucrose consumption was also a risk factor. The researchers reported that the Sugar Research Foundation secretly funded a 1967 review in the New England Journal of Medicine discounting evidence linking sucrose consumption to blood lipid levels and coronary heart disease. The Sugar Association, a U.S. sucrose industry trade group tied to similar international sugar organizations, has consistently denied that sucrose has metabolic effects related to chronic disease beyond caloric effects.

In the new study, the researchers provided data suggesting that nearly five decades ago, the Sugar Research Foundation withheld evidence from the public that the microbiome might be an important contributing factor to sucrose-induced hypertriglyceridemia – or high levels of triglyceride fat – and that sucrose consumption, compared to starch, might be associated with bladder cancer.

“Project 259 demonstrated...that sucrose, by stimulating urinary beta-glucuronidase, may have a role in the pathogenesis of bladder cancer,” the authors reported in the PLOS Biology paper. “Beta-glucuronidase is an enzyme, and high levels in the urine were known to be associated with bladder cancer in the 1960s.”

If Project 259s findings had been disclosed, sucrose would likely have been scrutinized as a potential carcinogen, the authors said.

Project 259 was funded for 27 months from June 1968 to September 1970, when the funding was terminated after an investigator presented preliminary results to the SRF. Extending funding “would have been unfavorable to the sugar industry's commercial interests,” the UCSF researchers wrote.

Preliminary results from Project 259, if they had been confirmed and published, would have bolstered the case that sugar elevated triglycerides, the authors said. By terminating the project without disclosing evidence of harm, the sugar trade group continued to downplay sugar's role in cardiovascular disease. 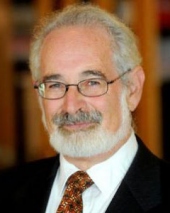 “This case is one more illustration that, like the tobacco industry, the sugar industry has a long history of suppressing scientific results that do not support its economic interests,” said senior author Stanton A. Glantz, PhD, UCSF professor of medicine and director of the UCSF Center for Tobacco Control Research and Education.

Cristin Kearns is an assistant professor at UCSF with a joint appointment in the Department of Preventive and Restorative Dental Sciences, Division of Oral Epidemiology and Dental Public Health and the Philip R. Lee Institute for Health Policy Studies.

Also an author of the paper is Dorie Apollonio, PhD, a UCSF associate professor in the Department of Clinical Pharmacy at the UCSF School of Pharmacy.

A broad term for a group of chronic diseases of the heart, these diseases include problems with blood supply to heart muscle, problems with heart valves and the electrical system of the heart. Another term you will see used to mean the same thing is cardiovascular disease.

Also called table sugar. Your body breaks sucrose into glucose and fructose to use them as fuel.

The most common type of fat in our body and in our food. We can eat triglycerides, our bodies can make triglyceride, and our livers can turn excess sugar into triglycerides. If we do not burn triglycerides as fuel, they are stored as fat in the liver and elsewhere in the body.

Abnormal, uncontrolled cell growth in a part of the body, many types. Another of the chronic diseases.

A chemical made of many glucoses stuck together. It is used by many plants to store sugars for energy. Humans eat starches as a source for energy from glucose. Starches we eat include potatoes, corn, rice, wheat, among others.

One of the three major groups of nutrients we eat. Much of this website is related to problems associated with too much fat storage in the body. Each gram of fat produces 9 calories of energy if burned by the body as fuel. Fat can be stored in many places in the body. We generally think of fat as under the skin (subcutaneous), but the fat that may be most damaging to us is the fat stored in the liver and around the organs of the abdomen (intrahepatic and visceral or abdominal or intra-abdominal)

SugarScience is the authoritative source for evidence-based, scientific information about sugar and its impact on health.

Growing scientific evidence shows that too much added sugar, over time, is linked to diabetes, heart disease and liver disease.